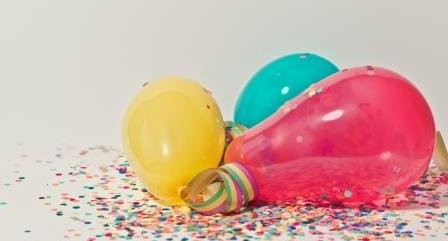 Well it’s a new year and we have a new look to our logo and name. 2017 was one heck of an unusual and powerful year for the stock markets

In my 12/6/2016 Market Update “Are Stocks trying to Copy 2013”, I wrote “You’ll get no argument from me that the US stock markets are not cheap in general. Heck, analysts and investors alike have been yelling for the past two years that major correction is right around the corner. There are certainly several significant global macro uncertainties that could ignite a major sell-off. Yet the fact remains that on December 7th, 2016 the Financial, Industrial and Transportation sectors all rallied. Historically this has been a very bullish signal.”  Though even I didn’t expect the strength nor consistency of 2017’s rally as many of the global macro uncertainties that worried me the past few years have improved save for Chinese debt and the Saudi-Iranian tension which will be the topics of the next Market Update.

While volatility was calm with the major stock indexes, a common talking point was that volatility was flat; some even said it was dead in 2017. This may be true when you only look at the VIX (index measuring expected S&P 500 volatility) which is commonly called the ‘Fear index’, but 2017 was not a traditional year and as such, a traditional measure of volatility was rather misleading. Consider how we saw rolling sector corrections throughout the year for example:

Yep, volatility sure was dead in 2017. It seems everyone is now asking the same question: will the stock rally continue….

Earnings are THE Signal to Watch For

You can point to many reasons for the rally last year, though earnings growth seems to me to be the overriding factor. 2017 saw strong growth year over year (YOY) comparable eachquarterly earnings season. Likewise, If 2018 earnings growth slows from that then it will be hard to justify current P/E’s for many stocks/sectors. For example if earned a $1/share in 2016 then $1.20/share in 2017 (20% YOY growth) then if in 2018 earn $1.25/share (4.16% growth) still could be record profit but growth rate has slowed. Some expect the tax plan can provide boost to broad swath of earnings in 2018. Only future earnings reports will tell.

That said, we are on the eve of 2017 Q4 (calendar) earnings to start reporting in earnest. For most sectors I think forecasts by companies during their calls will be more important than actual 1/4ly earnings reported. Exceptions to this appear to be traditional retail and energy companies since they have been rallying on expectation of improved quarterly results through the holidays. Any disappointment in actual earnings unless backed up by a strong forecast could mean that the recent rally was overdone for them. BUT, if companies don’t raise expectations/forecasts during their earnings reports then I believe this market will change direction. If they do then I think markets will continue the rally after earnings. I’m not expecting this near term hurdle to be hard for markets to clear fresh on the heels of the tax bill passage.

Though, I expect the earnings for the quarter ending this March, which start reporting in April, could be the first major hurdle to stocks. YOY earnings will be tough to beat as Q1 2017 was one of the strongest earnings season’s since 2011 according to numerous articles.

Moderation is Key to Interest Rates

Analyst consensus for interest rates has been off the mark for several years. We have been hearing “run for the hills’ from analysts for years in regards to bonds due to expected higher rates. On the other hand I have been saying since 2010 in Multiple Market updates that I didn’t expect rates to rise until 2016 (please read older Updates for more detail but the main point for this was belief that the Fed would do whatever it could to keep rates low until the Alt-A and Option Arm mortgages in the US had mostly reset. Since then I have been saying and continue to believe that the Fed will raise rates incrementally and gradually. Last June I wrote “History & the Fed Are Giving You an Investment Roadmap”. In this I showed how the Fed raised rates 17 consecutive times from June 2004 through May 2007 a ¼ of one percent each time (that was 4.25% over the 3yrs). If history is any guide, during this last “incremental & gradual” rate hike cycle stocks did very well with Emerging Market stocks performing head and shoulders above other major indexes during that time. The old adage “everything in moderation” proved true then as even bonds in general made annual gains of near 3% during that time as well – while not providing a return enough to meet inflation and taxes then, it certainly was not the doom and gloom scenario many seem to tout from increased rates. Interest rates are like heat when cooking too much and you can burn the meal not enough and the meal will not cook properly. Obviously past performance does not guarantee future results.

So, barring unforeseen natural disasters or an outbreak of war, I don’t see any major hurdles to the markets until earnings reports in April unless the earnings season just underway forecasts lower growth. I continue to believe interest rates will be increased gradually and incrementally by the Fed which could create another nice buffet for stock investors. The tax bill passage has stocked the kitchen with earnings potential now let’s just hope the Fed doesn’t burn the meal.

We’ll continue to follow the data to guide us through these historic markets as prudence and experience govern our decision making. Remember to visit our new site www.Oxford Retirement Advisors.comfor additional commentary

Please Note: When you link to any of the websites provided here, you are leaving this website. We make no representation as to the completeness or accuracy of information provided at these websites. Opinions expressed are that of the author and are not endorsed by the named broker/dealer or its affiliates. All information herein has been prepared solely for informational purposes, and it is not an offer to buy, sell, or a solicitation of an offer to buy or sell any security or instrument to participate in any particular trading strategy. The information in this article is not intended as tax or legal advice, and it may not be relied on for the purpose of avoiding any federal tax penalties. You are encouraged to see tax or legal advice from an independent professional advisor.

Certain statements contained within are forward-looking statements including, but not limited to, statements that are predictions of future events, trends, plans or objectives. Undue reliance should not be placed on such statements because, by their nature, they are subject to known and unknown risks and uncertainties.

The S&P 500 Index is a widely recognized index including a representative sample of 500 leading companies in leading sectors of the U.S. economy. The Nasdaq 100 Index is made up of the 100 largest non-financial companies traded on the Nasdaq stock exchange. These indexes are unmanaged. Investors cannot invest directly into indexes. Past performance does not guarantee future results.