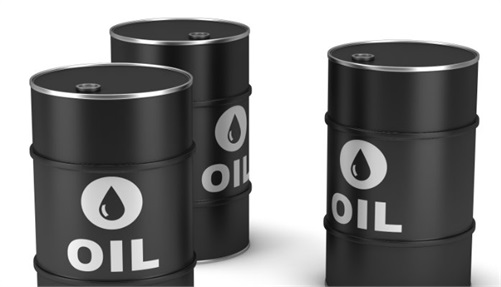 I thought about titling this Update “Oil, Oil everywhere and not a certainty in sight” but there is certainty to oil just not knowledge of the future price of oil.  Unless you have only watched re-run sitcoms or reality TV shows (oxy moronic to call them reality)  then you know there has been a lot of hoopla made over the recent drop in oil prices and the future of oil.   I began writing this piece on October 28th and to escape the Ebola coverage I actually turned on financial channels during the week leading up to October 28th; I realized why I don’t leave them on during trading hours.  I don’t know why I am still surprised at the myopic coverage of mainstream US news.  Last Friday morning (Nov 7th) NPR and BBC both reported of 32 Russian tanks and a heavy force of Russian troops were crossing into Ukraine and that the most intense fighting yet seen in the conflict was then taking place in the capital Donetsk.  Not a mention by the mainstream US news coverage that day.  There was no shortage of media personalities trying to speculate as to why the price of oil was up so much on Friday – almost none even mentioned the Russian tank incursion.  Now today the financial news channels are full of comments that the market is looking to open lower on Russian/Ukrainian situation – there are signs that you could call it an invasion.

The barrage of people pandering their guesses about oil prices disguised as advice with no discussion of the dynamics of geo-politics was amazing to me. Even worse many of those I heard were some of the same voices making so much noise during the oil bungee jump of 2007-2009 (link to the chart showing why I call it the oil bungee jump).  To give you a summary of the data from the US Energy Information Agency (EIA) the price of Brent Crude Oil (considered a global measure) went from roughly $60/barrel at the end of 2006 to more than $140/barrel in July 2008 (oil is king) down to $34/barrel by December of 2008 (oil is dead)  then back to $78/barrel by October 2009 (all hail oil).  Yet the price of oil here in the US shale oil such as the Illinois Basinwhich covers parts of Illinois, Indiana, Kentucky, Missouri, Ohio and Tennessee went from $83/barrel in December 2007 to $126/barrel by July 2008  down to $33/barrel in December 2008 back to $86/barrel by November 2009.  US shale oil prices per barrel were even more volatile than global prices.

The claims that we have a glut of oil and predictions for the demise of oil being proclaimed today remind me of similar claims in fall of 2006.  I don’t know if we will have a similar ride in prices as we did but we have the makings of it shaping up with the recent events in the oil space.  First you need to understand the role Saudi Arabia is playing in the current oil chess match.  I believe Saudi Arabia was pursuing 3 objectives in recent months when they announced it would not cut production in the face of the oil price declines which caused prices to decline lower to current levels.

The current evolving events as well as market conditions remind me of the storm that hit oil prices during the 18 month bungee jump in oil prices mentioned above but the end shape is not clear at this point.  Only time and probably an upcoming OPEC meeting will tell, but I believe the Nov 27thOPEC meeting will give a lot more clarity to the outcome of oil prices in the near term.  You may be thinking that a further plunge in oil prices would be a good thing…. Not so fast, while it may be good for the months that savings from things like  the price at the pump and cheaper plane tickets give you, it most likely will lead to a higher price range later for oil.  You see if prices plunge, then you most likely can get a real shut down of drilling activity, loss of drilling players (company bankruptcies), equipment degradation from idling, etc. which then takes even more time to get back up and running.  And unless demand is decreased drastically and remains so, this oil drilling shut down can result in a large price spike.  We saw this clearly happen from the 2008 oil price plunge settling up to a new $80/barrel average from the $60/barrel average prior.

From an investment standpoint, I believe it could be a wise time to buy partial positions in market share leaders in oil services and select drillers.  While many oil related companies and investments seem very attractively priced, I say only partial positions because first, the outcome of the Nov 2th OPEC meeting could result in lower oil prices still which could result in even better investment opportunity for the long term.  Many believe the line in the sand for a possible oil price plunge is $75/barrel.  The level to which it could plunge is unknown, though many still offer their speculations.   Regardless of what level, I believe a plunge in oil prices could set up an investment opportunity into oil related companies not seen since the market bottoms of 2008-2009.  If prices don’t break the $75/barrel level then this may be the time to invest.  In my own 401k I am changing my contributions to focus on natural resources for the time being to accumulate now and should prices drop further as I believe natural resources and innovation are the two most powerful investment themes for the long term.  Obviously this is not a strategy for everyone.  Each investor’s time horizon, patience for an investment, and risk tolerance differ by person.  As I wrote in my October 5, 2010 Market Update: Inflating Opportunities:

I have always advocated my long term (3+ years) excitement but offered a strategy of using strategic dollar cost averaging on weakness and reducing risk on peaks to weather the near term (less than 2 years) uncertainty. Please consider previous crisis moments when investors were warned “this time it’s different”:

I believe we are living in one of the greatest periods of innovation and investor opportunities in history.  This is why I feel it is important to have buying power to add to holdings on sell-offs or panics in the markets.

Sometimes the market has sector sell offs rather than a broad based market panic.  Earlier this year we saw a significant sell off in “momentum/growth stocks” in April of this year and then a utility plunge in July of this year only to see many of both categories hit new highs months later.  Past performance is no guarantee of future results of course but if you’re looking for places to invest that are attractively valued and have already been beaten down, I believe the ‘oil patch’ could be an attractive place to look for both income and growth opportunities.

Please call us with any questions about your portfolio and/or situation as well as if you wish to discuss the ideas put forth in this update. As your advisor we work for you but it is still your money and I believe you should know what you own and why you own it. The ideas expressed in my Market Updates are simply my opinion. No one can accurately predict future events with consistency. My decision making is always first and foremost for your benefit; prudence and perspective govern my decision making.

*Periodic investment programs like dollar-cost averaging require continuous investment regardless of market trends. Investors should carefully consider whether they have the financial means to continue such investments during times of market declines.