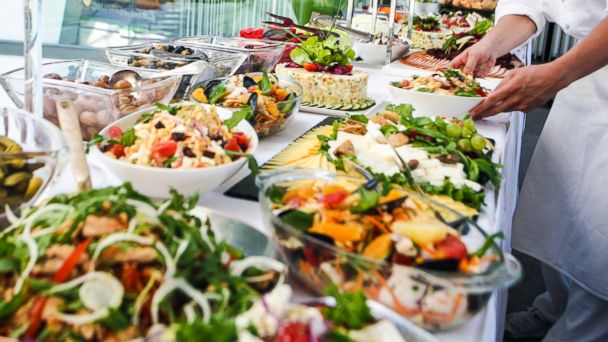 Currently, the markets are in rally mode after selling off the past few days on fears of a Turkish spark that could light a global debt fire slowing Chinese growth.

Turkey is less than 1% of the world’s GDP and their debt is too small to sink European banks by itself.  Considering China has focused a lot of trade with Europe, including Turkey, this is the very place of the weakest growth and even decline in some cases. It is not surprising to me that China’s rate of growth is slowing (but still growing) in the 6% range. Impressive for an economy its size.

On the other hand, if you’ve been reading our Oxford Retirement Advisors Market Updates I’ve been saying since 2010 that Chinese debt is THE boogeyman with which I am concerned. You see while official figures state China’s debt is 41% of GDP, that figure does not include the total domestic corporate debt which is indirectly Chinese government debt too since many of the companies are owned and commanded by the government. Numerous sources such as the Financial Times, Wall Street Journal, Bloomberg and more have put total Chinese debt at or above 257% of GDP.  Yes, you read that right, over 250% of GDP!  If that sounds bad, remember that Greece was about 140% at the time of its recent crisis.  Now unlike Greece whose debt was all direct sovereign (government) and unlike the US debt crisis in 2008 that was mostly household, China’s debt is predominantly corporate. Believe it or not, there is something scarier than the number itself and that is the rate at which the debt total is accelerating.

Bloomberg wrote in February 2018 that according to the Bank for International Settlements the Chinese corporate debt was 163 percent of GDP in mid-2017 and growing at over 10% annually.  The International Monetary Fund (IMF) published a report showing that 38 of 43 credit booms where credit vs GDP rose more than 30% over five years ended in a significant slowdown or financial crisis – China’s credit has grown over 54% the past five years according to the IMF.   The chart below was published in the Aug.14th

Due to the amount of debt and the fact that there is a list of nations DEEPLY indebted to China {Sri-Lanka (basically owned by China now), Venezuela, Kenya, Laos, Pakistan, Tajikistan, Kyrgyzstan, Mongolia, Maldives, Montenegro (recent NATO inductee), an implosion could have global ramifications.  They could be tinder to China’s debt or they could be victims if China missteps with handling debt management.

An important question to the financial markets and the global economy is:

Can China manage the winding down of this debt safely?

Or as I wrote back on July 2, 2013, Market Update ‘Monsters, Markets& Missteps, Oh My’: author William Pessek compared China’s economy to Frankenstein writing: “It’s a giant and powerful creature born of unorthodox experiments, and its makers are increasingly losing control.”   I have been saying for years now that if China’s economy cracks it could be a game changer.  Per The Economist article “China’s Cash Crunch – Bear in the China Shop” on June 29, 2013: “China suddenly seems to be exactly five years behind America. After several years of excessive credit, much of it in the shadows of the banking system, China’s financial institutions stopped lending to each other this month; on June 20th interbank interest rates briefly soared to 25%. The crunch seemed horribly reminiscent of America’s financial crisis in 2008, from which it has yet to recover in full.”  China is in a different situation then the US was. China owns its banks and has one of the highest savings rates.

Before you rush out to panic sell your portfolio, realize several reasons to continue a managed approach to investing:

Once you understand the debt predicament that China is in you can understand the impact of the US-China tariff spat upon China. They cannot afford growth to slow or lose control of their debt monster.  Maybe this is why trade talks are back on later this month.

One can hope a deal will be worked out between the world’s two largest economies. Like it or not they are linked and the rest of the world economies are under their combined wingspan.

When looking at the stock market realize that concerns over Turkey appear nothing more than a dish of olives upon the buffet table. The appetizers being – interest rates, earnings, earnings forecasts, and US corporate capital investing which all look really tasty. But the main entrée is Chinese debt and it’s still in the oven. It’s prudent to manage cash to help smooth out volatility and use weakness to acquire long-term potential by seizing upon short-term sales in the markets.

For now with investing continue to actively manage cash, enjoy the market’s appetizers, and definitely keep a close watch on that main entrée!  Bon Appétit…

Please Note:  When you link to any of the websites provided here, you are leaving this website.  We make no representation as to the completeness or accuracy of information provided at these websites.  Opinions expressed are that of the author and are not endorsed by the named broker/dealer or its affiliates.  All information herein has been prepared solely for informational purposes, and it is not an offer to buy, sell, or a solicitation of an offer to buy or sell any security or instrument to participate in any particular trading strategy.  The information in this article is not intended as tax or legal advice, and it may not be relied on for the purpose of avoiding any federal tax penalties.  You are encouraged to seek tax or legal advice from an independent professional advisor.

The S&P 500 Index is a widely recognized index including a representative sample of 500 leading companies in leading sectors of the U.S. economy. The Nasdaq 100 Index is made up of the 100 largest non-financial companies traded on the Nasdaq stock exchange.  These indexes are unmanaged. Investors cannot invest directly into indexes. Past performance does not guarantee future results.