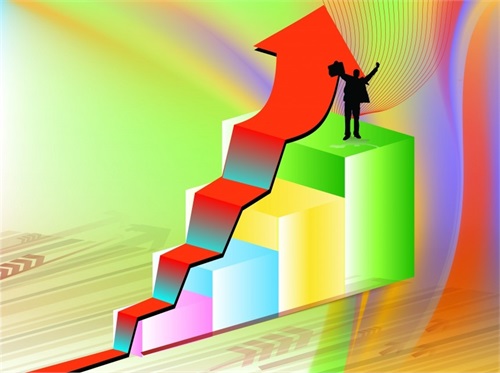 December 28th – I could not believe my eyes. I just saw the chronological timeline of Apple from its early success played out by the Denver Broncos over the Cincinnati Bengals during the recent Monday Night Football game. Let me start by saying I’m a diehard Oakland Raiders FAN (as in fanatic) so it’s like swallowing vinegar for me to say anything kind about the rival Broncos. Entrepreneurs who have experienced early success know it’s hard to hold onto it. This game paralleled Apple’s history and both serve as a guidebook for entrepreneurs how to remain successful.

Chapter One: Start of the Game – ‘Success now what?’

The Denver Broncos have recently been one of the most successful NFL teams not to win the championship in the past few years led by Peyton Manning (considered one of the game’s brightest and best to ever play) who had recently been sidelined by a litany of injuries and many doubt will return. They entered the game as one of the top records in football but after several losses and struggling to have an identity since Manning’s passing prowess seemed gone since late last season. Even their number one rat defense had been beaten recently. Apple of 1994 was in a similar position. It was the second largest computer company in the world but losing ground and was without the dynamic Steve Jobs who had been benched (fired) years prior amidst similar doubt and questions of inability that Manning is hearing today. The meteoric rise of the McIntosh PC – the world’s first mass-market, interactive display PC with a mouse – was struggling to find an identity. Competition was surpassing Apple like it seemed to be with Denver.

Chapter Two: The First Half – ‘Move Forward or Fall Behind’

Windows 95 brought tremendous changes to the industry and Compaq Computer thrived out of this period. Like the Bengals in this game, Compaq experienced a brief success early on. With innovations Compaq arose from one of many IBM distributors in the 1980’s to overtake Apple and IBM both and become the top global PC company by 1995 where it stayed until 1998. The Cincinnati Bengals boldly and creatively attacked the very strength of the vaunted defense and decisively drove the field scoring two consecutive touchdowns seemingly without much effort. Just like Compaq of 1995 to 1998 they seemed unstoppable. The Bengals went into the locker room dominating the game 14 – 0. But success isn’t achieved by how you start but how you finish.

The McIntosh, and thus Apple, went from being loved as unique and cool to booed by 1997. Regardless of their past victories, the Broncos went into halftime down 14 to 3 to chorus of boos from the home crowd that was so loud on TV I can only imagine what the players heard. In business you learn quirky who’s your reliable during periods of trouble. Successful entrepreneurs have the capacity to tune out the naysayers and focus on their goal. By the end of the 1990’s, Apple was no longer a market leader and had seen its losses rise to roughly $1billion for the fiscal year in 1997. In fact at the time, Michael Dell, the founder of Dell Computer, one of technology’s leaders at the time, when asked publicly how he would fix the failing competitor Apple, said “I’d shut it down and give the money back to shareholders.”

Chapter Four: The Third Quarter-When the Going Gets Tough…’

When Apple was down facing a bleak outlook, it surprised many and returned to its strength by bringing back Steve Jobs in 1997. While the Broncos’ offense had not scored a touchdown in the second half of the past four games they too returned to their best weapons: passing and defense, led by its uber-talented Linebacker/End Von Miller – a dreaded nemesis to my beloved Raiders and any other team facing him on game day. Both Apple and Denver did what successful teams in an endeavor do: “They improvise, adapt and overcome” – (Gunney Highway in ‘Heart Break Ridge’). In 1998, Apple brought Tim Cook come on board as COO. Together Jobs and Cook overhauled the company products and business. It had become confusingly complex with multiple models and a confusing mess of contracts and licenses. 1998 was a key turning point for Apple. Much like the start of the third quarter. Much like one-two punch of Job’s creating the new streamlined all-in-one iMac G3 PC and Cook’s overhaul of contracts and licenses, Denver’s defense shut down the Bengals’ attack while the offense had its first second-half score in four games. From the rise of iMac G3 and corporate restructuring Apple reversed years of losses and reported a profit from a $1billion net loss a year earlier.

Apple was on a roll again and in 2001 it did continued to innovate – move forward – with the launch of the iPod. Analysts wrongfully declared it a trivial gadget that only those with money to waste would buy (they would say this about the iPad too). Despite critics and low expectations, Broncos’ Running Back C.J. Anderson, took one of his rare opportunities in the game and broke a 39 yard Touchdown run in the fourth quarter to put the Broncos ahead 17 to 14. Excitement over the iPod began to fade by 2007. And in 2006 doubt crept in again when Jobs announced Apple would begin using Intel chips in its Mac PC’s. Many analysts viewed it as a move out of defeat and confirmation of Apple staying a second tier player to Windows systems PC’s. In the game this is seemed like the moment when the Broncos fumbled the ball after Bengals had tied the game back up at 17 a piece with a long 52 yard field goal with less than 7 minutes to play in the game. Once again the Denver defense came up big and shut down the Bengals giving the ball back to Denver. They stayed focused on the task at hand and shut out doubt. Denver moved the ball into scoring position for their sure footed kicker, Brandon McManus. He was 20 of 20 field goals this season from this distance. Once again Apple delivered the goods. In 2007 Apple launched the iPhone. Hard to believe this staple of our daily routine was only launched 8 years ago. The celebratory mood was back on. Every fan knows the dreaded announcer jinx “he’s never missed from this distance.” McManus’s missed the kick and the game goes to overtime.

In late 2012 Apple’s stock seemed infallible only to decline by roughly 50% by mid-2013 on the heels of the passing of Steve Jobs and the marketing push of Apple’s chief competitor Samsung who was grabbing market share. Yet it went mostly unreported that they were grabbing market share in the low-cost segment which had lower margins and in which Apple did not venture. Apple did not try to invade every market even if they could – they focused on where the money was for them. But who pays attention to details when the masses are riled up. Many analysts again predicted its demise. The prevalent opinion of many Wall Street analysts at this time was that investing into Apple was foolish after the drop. Tim Cook was being jeered by many as Apple’s problem. In 2013 when the masses wanted a new innovative product and Apple announced only modifications to the iPhone, the cries of its demise and anger at Tim Cook was being heard amidst investors and brokers alike. Similarly to some in the crowd when McManus missed the field goal.

Denver got the ball first in OT and McManus makes the kick this time to put the Broncos up by 3 but with the new NFL overtime rules (2014) each time gets a chance unless the first team scores a touchdown. In late 2013 Apple launched iTunes Radio, expanded the number of Apple stores, especially into Japan, and continued solid sales of iPhones plus acquired Beats Music. All good news but like the overtime field goal, good but not game winning. The Denver defense dialed up intense pressure on the Bengals. Led by Von Miller, the defense forced a seeming fumble that was ruled an incomplete pass (Aarrgghh I relived the painful tuck-rule in the Raiders 2001 playoffs in New England). The next play amidst the ferocious pressure of the moment and the home team, the Bengals hiked the ball which went through the hands of the Bengals QB and like a crazed dog attacks a piece of meat, Bronco Defensive End Ware devours the ball into his arms. Game over The Broncos emerge with a win. In September 2014 Apple launches the evolutionary iPhone 6 and 6 Plus and launched a deal with China Mobile to offer iPhone its hundreds of million customers. Apple’s earnings soar and the stock rises to all-time highs before Thanksgiving that year. The year ends with Apple back on top with investors.

The future of Apple from here is unknown like the fate of the Broncos’ season. While I excitedly hope Apple continues to move forward/innovate (e.g. iPay, Apple Watch) and play to win rather than not to lose, as a Raiders fan I hope this is the last time the Broncos exemplify a successful entrepreneur.

Opinions expressed are that of the author and are not endorsed by Summit Brokerage or its affiliates. Although opinions expressed are based upon assumptions believed to be reliable there is no guarantee they will come to pass. The information may change at any time due to market or other conditions.