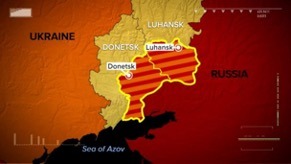 It’s 1am CST on Feb 23rd as I write this update.  Due to the heightened anxiety over the invasion of Ukraine I felt compelled to provide this update.   I am truly saddened by the actions of Russia and the horrors for many in Ukraine due to the current situation.  As your advisor, it is my job to navigate the markets for you.  At this point I realize that while my anticipation of a market sell-off in November was correct, I didn’t expect the full-blown panic that seemed to grip so many in early January as I wrote in my January Market Update.  Adjustments have been made in the advisory stock accounts managed directly by me.  So far, the advisory stock accounts managed directly by me have stabilized versus the S&P 500’s nearly 10% decline since Jan. 13th this year.  As I wrote in the January Update, the decline seen in January was more of what I expected. Historically when markets experience panicked sharp selloffs, there has been a short bounce (on wall street known as a “dead cat bounce” which originated long ago form the saying that even a dead cat will bounce if dropped from high enough).  This bounce is usually short-lived because short-term traders who bought the lows take their gains made from the bounce.  Often this leads to a revisit near the lows.  A subsequent rally after that retest is a sign of a real rally as opposed to a bounce.  On the other hand, if the revisiting decline drops below the previous low (as appears currently) it has been the beginning of a deeper decline in the past.

Now the biggest topic of the day, though is not fundamentals or long-term outlook for many, but rather the invasion of Ukraine by Russia.  First let me say I am not surprised by this, nor do I think Russian aggression will end until the capital of Ukraine, Kiev, is under Russian control for now.  For nearly 15 years the former KGB technocrat who became leader of Russia, Putin has told of his desire to restore the old Soviet empire.  Using historical analogies, the collective world leadership opposing Russia, seems to me like Neville Chamberlain in the face of Hitler’s threat with no Winston Churchill amongst them.  Thus, I do not see any real deterrent to Russian aggression at this point.  Sanctions are like a “traffic cop on valium” (to quote Robin Williams) to Putin.  The Russian economy is considerably reliant on oil & gas sales.  To really weaken or punish Russia, and Iran for that matter, you need to reduce the price of oil and natural gas.  The US energy sector is fully capable of significantly impacting the price of oil and is a “swing producer” as evidenced in recent years.  Unfortunately, the current US administration appears unwilling to taking advantage of the immense resources the US energy sector has in both resources & innovation.

I know this sounds troubling, but it also presents opportunity for investors.  Should oil and natural gas prices stay at current levels or even rise further, I believe it could be beneficial to energy services companies which have really lagged the oil majors and drillers.  For many years now the oil industry has scavenged parts from idle equipment.  Based on the latest quarterly earnings calls, one trend jumped out at me:  increased spending by oil and gas companies was talked about for 2022.  This would be a change from the past seven or so years and could be a real inflection point for one of the worst performing sectors in the markets for the past seven years.

Looking back on the market’s history, a key variable has been the same three primary indicators I try to base all investment decisions upon: corporate earnings, interest-rate trends and capital spending.  I’ve written multiple times before about these three being tailwinds for the markets over the past years and that I feared that they could turn into headwinds by the summer of 2022.  With more than 70% of the 500 largest public companies in the US having already reported their earnings for the period ending December, we see corporate earnings remains robust with solid outlooks.  Interestingly, companies that were struggling with sales and or costs prior to the recent inflation generally are still struggling or worse.  Difficult economic times have always been a threshing machine separates the wheat from the chaff or the good from the bad.  Or, as Warren Buffet famously says, “Only when the tide goes out do you find out who’s swimming naked.”  Interest rate trends have not changed, though emotions about them have, while the Fed has not done anything yet other than talk, benchmark 10 year US Treasury rates have continued gradually climbing since August 2020 (0.57% to 1.97% currently) which is reminiscent of a similar rate climb from July 2016 to November 2018 (1.4% to 3.22%) per data from the Board of Governors of the Federal Reserve System.   And with excessive liquidity still in the system I don’t see the tailwinds from the three factors abating yet.  Though, the current scenario does lend itself to continued inflation pressure for the next few months, so I am adapting the portfolio to adjust for that.  The March 16th Fed meeting is likely the next big catalyst for the markets.  Until then I expect the market to remain volatile, rang bound, reacting to daily headlines which is just fine for the portfolio.  Basically, I’d expect more of what it’s been like since mid-Jan to now in respect to the portfolio versus the stock market as I mentioned at the beginning of this paragraph for the next month yet.  On an Intermediate term, I don’t expect to see lessened volatility unless the US mid-term elections in November reverse many of the business-handcuffing measures implemented by the current administration.

While panic seems to be the emotion of the season, think back to the panic in 2020 Q1 and the buying opportunities from that.  At this point the S&P 500 and the Nasdaq 100 have declined less than 2020 Q1yet many are acting like it’s a time of despair.  After more than three decades trading portfolio’s, I have learned repeatedly that the one good thing about market uncertainty and turmoil, is that it offers opportunities.   A selection of growing companies with solid balance sheets, which is a primary vetting for the companies in which I’ve invested us, seems more important now than recent years.   I continue to favor having available cash on hand to try to take advantage of short-term fears and there are several themes that appear attractive to me for upside potential depending on someone’s risk tolerance, both on a near and intermediate term basis: cyber-security, oil & gas services, and basic services (i.e., food, water & waste).  These themes can do well whether the geopolitical situation worsens or not.

Please call me at your convenience with any questions or to discuss this or your situation in more detail.  I remain grateful for the chance to work as your advisor and strive to continue to keep your confidence.  Turmoil presents opportunities and this season will pass as others have.  Look to use short-term fear to your long-term advantage.

Opinions expressed are that of the author and are not endorsed by the named broker/dealer or its affiliates.  All information herein has been prepared solely for informational purposes, and it is not an offer to buy, sell, or a solicitation of an offer to buy or sell any security or instrument to participate in any particular trading strategy.  The information in this article is not intended as tax or legal advice, and it may not be relied on for the purpose of avoiding any federal tax penalties.  You are encouraged to see tax or legal advice from an independent professional advisor.

The S&P 500 Index is a widely recognized index including a representative sample of 500 leading companies in leading sectors of the U.S. economy. The Nasdaq 100 Index is made up of the 100 largest non-financial companies traded on the Nasdaq stock exchange.  These indexes are unmanaged. Investors cannot invest directly into indexes. Past performance does not guarantee future results.
Oxford Retirement Advisors is an independent firm.  Securities and advisory services offered through Madison Avenue Securities, LLC (“MAS”), member FINRA/SIPC and a Registered Investment Advisor.  Oxford Retirement Advisors and MAS are not affiliated entities.